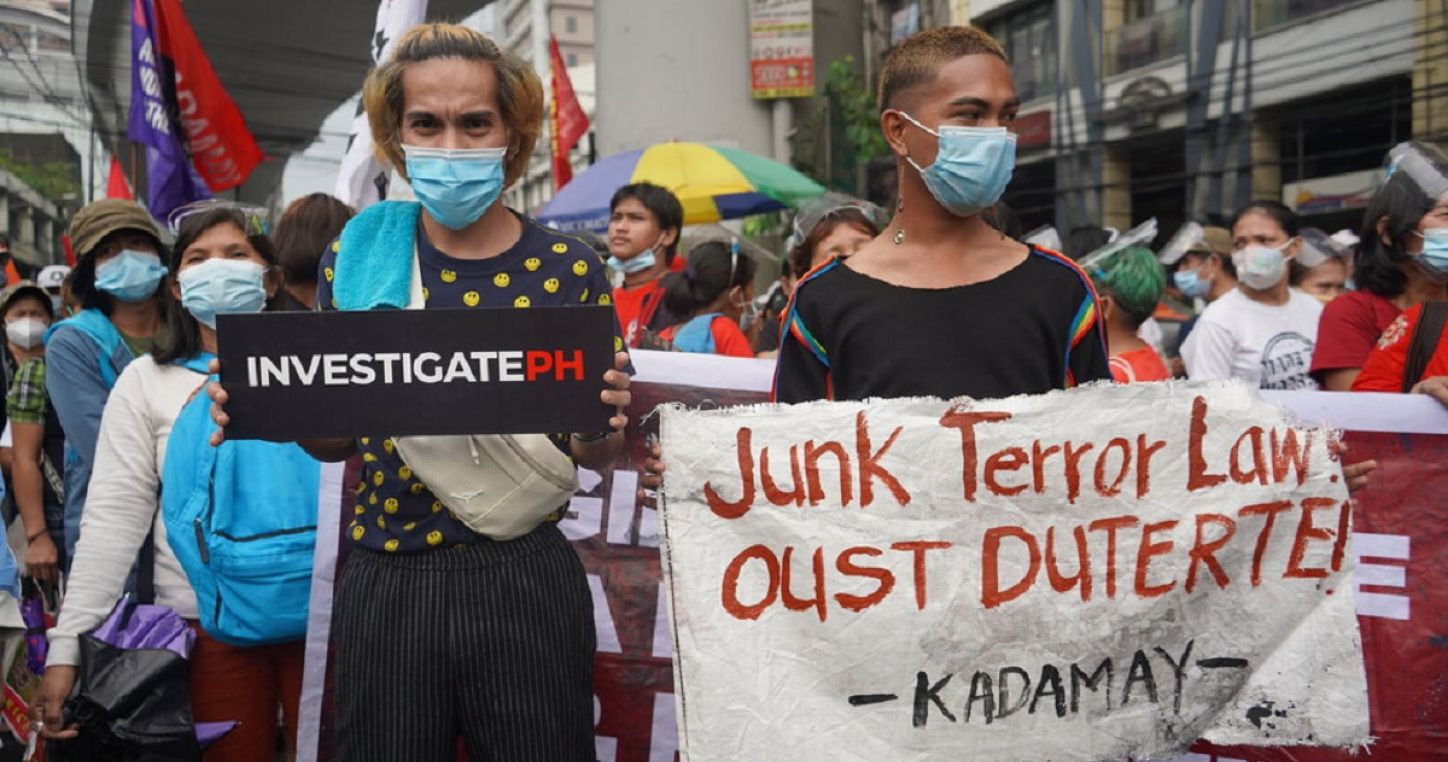 Education International has called for an end to the violence and state-sponsored attacks on Filipino educators. Its comments follow an independent investigation which shows that the Duterte government is deliberately violating human rights, using violence and repression against those who are standing up for education, democracy, and peace.

INVESTIGATE PH – an independent investigation on human rights violations in the Philippines – launched its third report on 13 September.

The report delves into violations of the International Covenant on Economic, Social and Cultural Rights and other collective rights including rights to livelihood, religion, education, self-determination, development, and peace. These breaches have arisen against the backdrop of civil and political rights violations that face a broad array of social sectors: workers and peasants, overseas Filipino workers, women and LGBTQ people, urban poor people, children, the education sector, the religious sector, as well as Indigenous and Moro peoples.

This third report factually documents systematic attacks against trade unions and human rights activists in the Philippines. It highlights the stories of victims, especially of those who work in the education and religious sectors, independent media, as well as human rights activists who denounce state violence.

Human rights violations in the Philippines have intensified

It concludes that human rights violations in the Philippines have intensified since the release of a report in June 2020 by the Office of the High Commissioner on Human Rights (OHCHR). The OHCHR report on the Philippine rights situation was released to help facilitate international accountability mechanisms. It was led by by an international group of commissioners composed of parliamentarians, lawyers, religious leaders, and activists.

The Anti-Terrorism Act of 2020, which has become the main instrument in the counterinsurgency programme, has worsened the abuses. It is used to vilify activists and their organisations and to criminalise dissent, the report found.

The report sought to substantiate the OHCHR’s June 2020 findings. Its launch coincided with the opening of the 48th Regular Session of the United Nations Human Rights Council (UNHRC). High Commissioner Michelle Bachelet updated the Session on the progress and results of the “technical cooperation and capacity building” programme with the Philippine government for the promotion and protection of human rights in the Philippines. This “technical cooperation and capacity-building” programme was adopted by the 45th Regular Session of the UNHRC in October 2020 in response to the June 2020 OHCHR report on the Philippines rights situation.

While civil society has welcomed the programme, the report urges the UNHRC to conduct an independent probe on the rights violation under Duterte. Such a review would facilitate international accountability mechanisms amid impunity and failure of domestic mechanisms.

Education International’s General Secretary David Edwards – member of the INVESTIGATE PH Commission – said he has “seen the constant reports and first-hand accounts of our members of the vicious attacks aimed at silencing educators and union activists”. He emphasised that Education International’s members “have always been committed to quality education, democracy, and peace [and] have been targeted personally and collectively”.

Education unions in the Philippines have also reported extrajudicial killings, torture, disappearances, and unjustified detentions. “This violence against teachers and unionists is met with impunity. They are denied justice at every step,” he stressed.

In the education sector, the COVID-19 measures have been exploited to cover up the crackdown on legitimate protests, he said, denouncing the government’s failure to provide quality education for teaching and learning.

The impact on children and youth of these and other governmental measures is devastating. “Children are being killed under the excuse of the ‘war on drugs’. The government also wants to lower the age of criminal responsibility which would result in children being arrested and detained,” he asserted.

Children have become victims of militarised lockdowns. Education International was informed that, in July 2020, Fabel Pineda, a 15-year-old girl, who violated a quarantine curfew, was abused by the policemen who held her in custody. After filing rape charges, Fabel was gunned down. Other children were locked in coffins and dog cages for allegedly violating quarantine protocols.

Call for global solidarity in face of state violations of rights

State violations of human rights are felt across society, Edwards added, as they violate freedom of speech and freedom of assembly, undermine activism and participation in unions and human rights, religious and political organisations.

“We call for an end to the violence and state-sponsored attacks on the brave Filipinos working for the respect of the basic rights of children and adults, quality public education, and a democratic society. We stand together with them and we call on the global community to respond in solidarity and support until the repression comes to an end and the perpetrators are brought to justice,” Edwards stated.

INVESTIGATE PH began its investigation of human rights violations under the Duterte administration in December 2020. It released two previous reports, in March and July 2021 respectively.

The three Reports produced this year examine over 50 emblematic cases of human rights violations under Duterte. These include the massacres of nine Tumandok Indigenous Peoples on 30 December 2020 and nine activists on a “Bloody Sunday” on 7 March 2021. The reports draw on the testimonies of survivors and witnesses, relatives of victims, human rights advocates with direct knowledge of state violence, and expert witnesses or resource persons.

The First Report highlights grave violations of the right to life and other provisions of the International Covenant on Civil and Political Rights (ICCPR). It also showed the systemic lack of effective domestic remedies.

The OHCHR will report on the progress of the technical cooperation with the Philippine government at the 48th UNHRC session on 7 October.

In addition to its submission to the Human Rights Council, the third report will be submitted to the International Criminal Court in September 2021 to support its full investigation into suspected crimes against humanity committed by the Philippine President, Rodrigo Duterte, and his government.