By VICKIE ELMER— Bosses’ requests can be bizarre – and occasionally illegal.

Take for example, the boss who asked a co-worker to spy on senior management. Or the one who asked to have her dog’s toenails clipped. 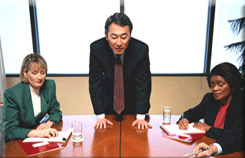 Ways to Say ‘No’ To Bizarre Boss Requests

Then there’s the one who asked a colleague to serve as a surrogate mother for his child.

All three showed up in a recent CareerBuilder survey on the strangest assignments supervisors have made.

“It’s absolutely crazy,” said Diane Seltzer, an employment lawyer in Washington D.C. “The list, I thought, was a fantastic compilation of what not to ask an employee to do.”

Many of the requests cross the line and could be illegal or an invasion of privacy, she said.

Posting false or inflated reviews. Whether on LinkedIn for the manager or on a business review site for the employer, “my attitude is always ‘ what’s the downside?’ Can I at least say things that are factually accurate,” said Seltzer.  Don’t say the greatest manager if she isn’t, but you could say she fosters a casual laid back culture that is quite appealing.

Create a child’s science fair project.  If your schedule permits, show good faith and give the boss a few articles on how to create great projects or a book that describes 100 5th grade science projects. If they press for more hands-on help, you ought to demur – and mention an important project that you need to concentrate on as one reason.

Spy on senior management. This could create problems for you with the brass. So figure out: What exactly does your boss expect you to do? “Be particularly attentive,” is fine, Seltzer said. Rifling through credenzas or computers is not.

Almost one in four workers in the CareerBuilder survey say they’ve been asked to do something outside their job descriptions.

Saying no can lead your boss to lower your in-office clout, or even to fire you.

Most workers are at-will employees which means they can be fired for anything or nothing. Exceptions are those with union contracts or employment agreements.

With that in mind, here’s more suggestions on how to skip stupid boss requests: