By FRED SCHULTE, Center for Public Integrity– Paula Sellers suspected the small Nevada hospital where she worked was overcharging Medicare and other health insurers for some emergency room services.

Sellers ran Boulder City Hospital’s health information department, which helped apply the complex series of Medicare billing codes doctors and hospitals must use to get paid for treating the sick. 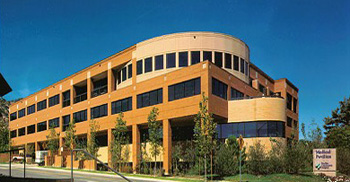 But Sellers alleges in a lawsuit that her bosses told her to “back off” when she doubted the accuracy of the coding — and fired her in May when she refused to sign off on it.

“When she tried to complain, she got terminated,” said her lawyer, Jesse Sbaih.

The wrongful termination lawsuit, filed in July in Clark County District Court in Las Vegas, has been moved to federal court, where it is pending. The hospital and its billing agent deny the allegations.

Every year, hospitals and doctors use the five-digit billing codes, developed by the American Medical Association, to bill Medicare for hundreds of millions of office visits and other services.

Hospitals use these “Evaluation and Management” codes to bill for emergency room and outpatient physician charges and other fees.

In Past Medicare Paid Bills, No Questions Asked

In past years, Medicare has for the most part paid medical bills with few questions asked, even though the coding process can be confusing and subjective.

But billing practices are facing new scrutiny as Medicare officials and other insurers seek ways to put the brakes on escalating health care costs.

On 24 September 2012, U.S. Health and Human Services Secretary Kathleen Sebelius and Attorney General Eric Holder notified five groups representing hospitals and medical professionals that they could face criminal prosecutions for padding bills by choosing higher-paying codes even if the services delivered didn’t justify them — a process known as “upcoding.”

The year-long investigation found that thousands of medical professionals used the codes to steadily bill higher rates for treating seniors during the last decade — adding $11 billion or more in Medicare costs shouldered by taxpayers.

The Center for Public Integrity’s probe uncovered a broad range of costly billing errors and abuses that have plagued Medicare for years — from confusion about how to pick proper payment codes to apparent overcharges in medical offices and hospital emergency rooms.

In campaign speeches, both Barack Obama and Mitt Romney have promised to tame Medicare’s spending growth while protecting seniors.

But neither candidate has said much about how suspect billing and coding practices drive up costs — even as many in the health care industry are debating possible solutions.

Like several other court cases before it, the Sellers lawsuit shows how disagreements about what’s acceptable coding and billing practice can prove contentious.

In her suit, Sellers said that in December 2010 the Boulder City hospital hired Emcare Inc., which provided emergency room physicians and took over coding duties as part of its contract.

Sellers alleged in her suit that said she quickly concluded that the new coding policy was “alarmingly inaccurate.”

In October 2011, she audited 428 claims and found 353 errors, which she said could have caused the hospital to be hit with “penalties by Medicare, Medicaid and others improperly and fraudulently billed,” according to the suit.

Deborah Hileman, senior vice president for corporate communications at Emcare, said in an email that the company “does not comment on legal matters.”

But Emcare, which is a defendant in the Sellers suit, has denied wrongdoing and any role in the woman’s dismissal.

Boulder City Hospital officials did not respond to requests for comment.

However, hospital lawyers alleged in court filings that Sellers was fired after more than two years on the job for refusing to carry out her duties and for “repeated acts of insubordination.”

In one court filing, Emcare’s lawyers called Sellers an “insecure department head who felt unappreciated and threatened by the hospital’s decision to rely on another provider to perform certain coding tasks.”

Emcare supplies emergency room and other physician staff to more than 500 hospitals across the country.

The Dallas-based company says its services can improve the quality of medical care, and asserts that its coding software and billing practices can help hospitals boost their revenue through more accurate coding.

The company’s billing arm, for instance, states on its website that one Florida hospital increased its facility charges by 47% using the firm’s services.

In her suit, Sellers cited a federal court case in which Emcare Inc. in May 1997 paid $7.75 million to federal and state governments to settle accusations of overcharging.

Medicare officials have not said if they are reviewing records from any individual digital medical record or billing companies.

But recent Medicare audits of hospital emergency rooms have found high rates of coding errors, including one review in March of emergency rooms in Texas and Oklahoma that found $45 of every $100 was “paid in error.”

Officials worry that some in the rapidly growing industry, which routinely boasts that its software can boost the bottom line, may be tempted to overcharge.

“There are troubling indications that some providers are using this technology to game the system, possibly to obtain payments to which they are not entitled,” the 24 September 2012 warning from Sebelius and Holder states.

The letter went on to say that “false documentation of care is not just bad patient care; it’s illegal,” and threatened criminal prosecutions.

Hospital and physician groups don’t dispute that coding levels have been on the rise, or that digital records systems are partly responsible. But they argue that computers are simply better than the human hand at documenting services rendered and billing for them — a position echoed by the software companies.

For instance, the American Hospital Association agreed that “upcoding” should not be tolerated, but added “more accurate documentation and coding does not necessarily equate with fraud.”

The group also suggested that federal officials are partly to blame for failing to write clear guidelines for hospital emergency department and clinic visits — a request the group said it had made 11 times since 2001.

Dr. Donald W. Simborg, a California physician who headed two government panels that warned of a surge in fraud related to use of electronic health records, commended government officials for cracking down.

But in a 25 September 2012 letter in response to Sebelius, he argues government needs to move “beyond threats of prosecution” and focus on adding fraud detection to the electronic systems sold to doctors and hospitals.

As officials in Washington step up scrutiny of the process, thousands of workers who assist in coding for doctors and hospitals sometimes struggle to interpret the rules accurately.

Sellers, for instance, argued that she couldn’t go along with what she considered to be a breach of ethics and so she decided to change the coding against the wishes of her bosses.

In response, administrators at Boulder City Hospital said they took Sellers’ claims of unethical coding seriously and hired an outside firm to investigate.

The firm found her claims to be “unsubstantiated,” the hospital wrote in a disciplinary report.

“Your actions of recoding resulted in errors and loss of revenue,” the report said.

Sellers’ “unjustifiable failure and refusal to comply with her supervisors’ directives delayed the billing and reimbursement of more than $250,000 in revenues at a time when the hospital was in dire need of funds,” hospital lawyers wrote in court filings.