A 10-Year Decline In Wages For Most College Graduates 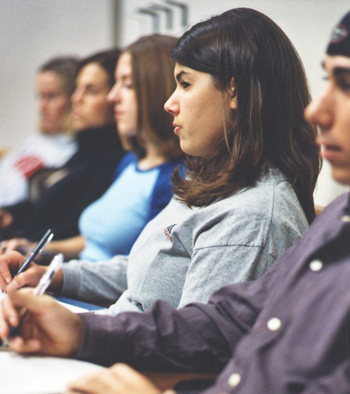 By Lawrence Mishel, Economic Policy Institute— As the new State of Working America report shows, the last 10 years have been a lost decade for income, wealth and wage growth for most Americans.

Perhaps a surprising part of this picture is that the trend of stagnant or falling wages for most workers includes the wages of college graduates.

In fact, real hourly wages have declined for the bottom 70% of the college-educated workforce since 2000, as shown in the graph below.

The graph presents the cumulative change in real wages of college graduates at the 20th, 50th, 70th, and 90th percentiles in wages.

Perhaps more astonishing is that wages of college grads at the 90th percentile were lower in 2011 than in 2002 (roughly the start of the last recovery).

These trends suggest that, since 2000, the vast majority of college graduates have not benefited from globalization, technological change, or simply even economic growth. 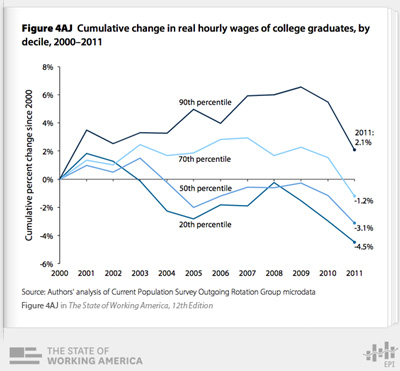 However, the real wages of most college graduates, the 21.9% of the workforce with a bachelor’s degree but no further education, have not grown since 2000.

The wages of young college graduates have fared even worse.

It remains true that college graduates fare far better in the labor market (employment, wages, benefits) than those with a high school degree.

Nevertheless, obtaining a college degree no longer guarantees a rising standard of living.