A global economic storm is raging, putting a dark cloud over job growth. 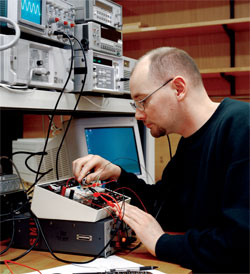 Several recent reports from the U.S. Bureau of Labor Statistics and other observers of the global and U.S.  job markets and economy are likely to struggle to grow, at least during early 2013.

Like the economy as whole, employment in the United States is growing, but it’s growing very slowly. What growth that has taken place has also been helped by the fact that more people are leaving the job market.

There were 367,000 new jobless claims for the week ending Saturday, up from a revised 363,000 the previous week, the Labor Department said Thursday, 5 October 2012.

The less-volatile four-week average remained at 375,000. Analysts had expected about 370,000 jobless claims last week. That is a level that economists say indicates a moderate increase in new jobs.

The new figures come after initial unemployment claims dropped to a two-month low the previous week. The Labor Department revised that number upward to 359,000.

Recent economic readings indicate job growth in September would be similar to August’s number of 96,000.

Both the civilian labor force, at 154.6 million and the labor force participation rate, 63.5%, declined in August.

The Conference Board U.S. Leading Economic Index, LEI, declined 0.1% in August to 95.7, it third monthly drop in a row.

“The economy continues to be buffeted by strong headwinds domestically and internationally,” says Ken Goldstein, economist at The Conference Board. “As a result, the pace of growth is unlikely to change much in the coming months. Weak domestic demand continues to be a major drag on the economy.”

“The U.S. LEI has declined in three of the last six months,” says Ataman Ozyildirim, economist at The Conference Board. “While its six-month growth rate has slowed substantially, it still remains in growth territory due to positive contributions from the financial components including stock prices, yield spread and the Leading Credit Index.

“Over the last several months, the U.S. LEI seems to be fluctuating around a flat trend, while strengths and weaknesses among its components remain balanced,” Ozyildirim says.

While measure of current economic activity edged up in August, other indicators are showing a more mixed outlook, with three out of four components advancing during the past six months, according to Ozyildirim.

Click page numbers on left below or above for next page