Workplace discrimination against caregivers is becoming  commonplace as more employees must care for aging parents, a new report from the AARP, an advocacy group of older Americans. 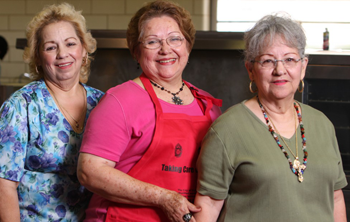 The average American family caregiver is a 49-year old woman who works outside the home.

“Workplace discrimination against family caregivers is growing more commonplace and more problematic as baby boomers age and combine work in the paid labor force and unpaid work as caregivers for their parents,” says Susan Reinhard, senior VP and director of the AARP Public Policy Institute, which produced the report.

“It may take the form of limited flexibility, denied leave, or even a pink slip, but whatever the case, more instances of employers treating employees with caregiving responsibilities less favorably than other employees are coming to our attention, ” Reinhard said.

The Family & Medical Leave Act, the American’s with Disabilities Act, the Rehabilitation Act and the Employee Retirement Income Security Act, provide very limited federal protection for caregivers. All of these laws were created to prohibit other types of discrimination.

“Discrimination against caregivers, known as ‘family responsibilities discrimination,’ occurs in all states and across a broad spectrum of occupations, but no federal law explicitly prohibits discrimination on the basis of caregiver status,” said Joan Williams, director of the Center for WorkLife Law at the University of California’s Hastings College of the Law. Williams was the report’s lead author.

Working Caregivers Are The ‘New Normal’

Caring for an older relative or friend is now the “new normal,” according to the AARP report.

About 42% of all U.S. workers provided unpaid elder care in the past five years. In the next five years just under half, 49%, of the workforce expects to provide elder care for a family member or friend.

Discrimination against employees who are caregivers for elderly relations is on the rise.

The average American family caregiver is a 49-year old woman who works outside the home. She spends the equivalent of an additional half-time job (nearly 20 hours a week) providing care for her mother.

Valued in 2009 dollars, the care she and her peers provide is worth $450 billion, an earlier AARP report found.

In addition to explaining the limits of federal protections, the new AARP report notes that protections under state law are also severely limited.

Local laws provide the most common form of employment protection for working Americans caring for older adults, the report asserts.

The AARP report suggests legislative and policy approaches to extend legal protections against workplace discrimination to family caregivers for the sick or elderly. It also lists best practices for employers to remove barriers to equal employment opportunity for working caregivers.

“All workers, including those with eldercare responsibilities, deserve to be protected from arbitrary discrimination in employment,” Reinhard said.

“The ability of workers to balance work and family responsibilities is central to quality of life and keeping working caregivers on the job – both as caregivers to their older family member and in the paid labor force – is critically important to the economy, business and families.”

“Protecting Family Caregivers from Employment Discrimination” was produced with support of the SCAN Foundation and The Commonwealth Fund.